Ambassador of Brazil visits the governor 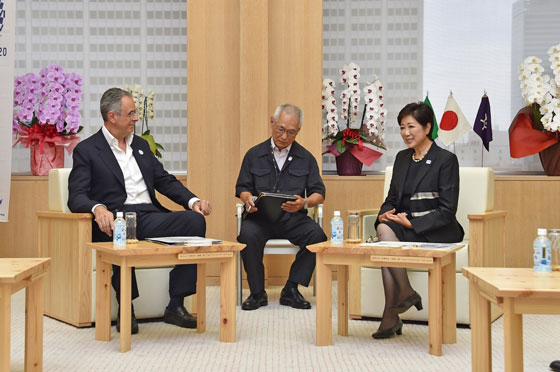 Concerning the Rio 2016 Games currently underway, the governor said, "I am very pleased with the incredible achievements of Japanese athletes at the Games. I would also like to congratulate Brazil on how successfully the Games are proceeding." Along with accepting the Olympic Flag on behalf of the host city for the Tokyo 2020 Olympic and Paralympic Games when she visits Rio de Janeiro, the governor expressed her hope to also observe how the people of Rio worked to make the Games a success and how public safety was ensured.

The ambassador said, "I greatly appreciated that members of the Japanese delegation also carried Brazilian flags at the opening ceremony. It is a great joy that the two cities of Tokyo and Rio, through the 2016 and 2020 Games, will further expand and strengthen the friendly relationship between Japan and Brazil."