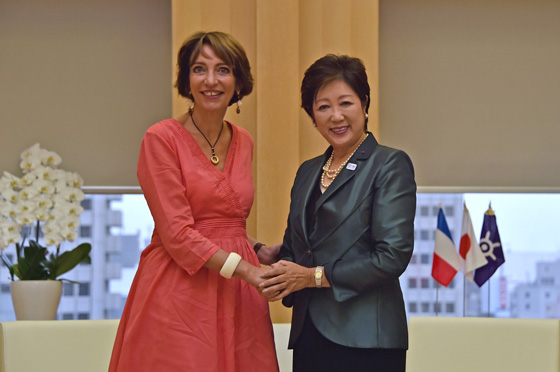 Minister Touraine, who visited Japan to attend the G7 Kobe Health Ministers’ Meeting, told Governor Koike that the exchange of opinions among the ministers was very meaningful and that she found all countries were facing a common challenge of addressing the aging society. The governor replied, “The declining birthrate and the aging population are serious issues in Japan as well. In Tokyo, improving systems for child raising and nursing care is one of my biggest undertakings.”