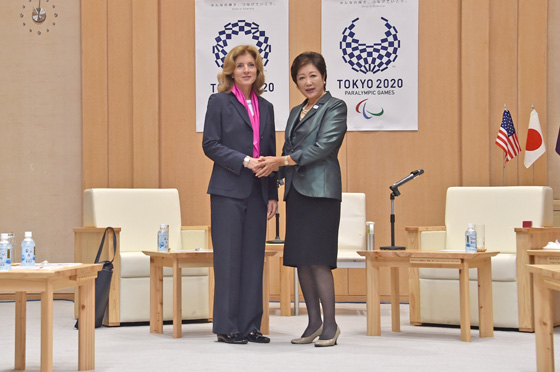 The governor thanked the ambassador for her role in furthering the strong relationship between the U.S. and Japan. She voiced particular appreciation of U.S. support following the earthquakes in Kumamoto and of the ambassador’s visit to the region to offer encouragement to those affected.