Ambassador of Russia visits the governor 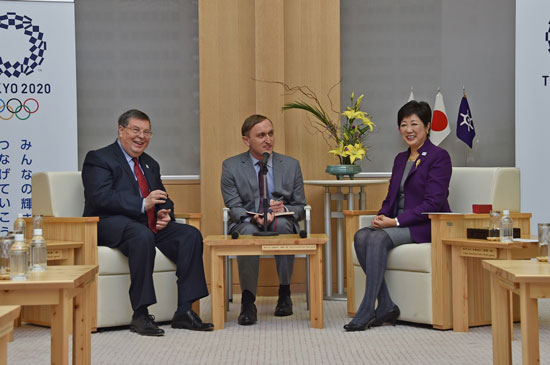 Ambassador Afanasiev then presented the governor with an embroidered picture saying, "To mark the 25th anniversary, I would like to present you with this textile depicting your friendship city of Moscow."

The ambassador and governor enjoyed a cordial conversation, which included Governor Koike's anecdotes from past travel to Russia and other topics. During their discussion, the ambassador remarked, "Moscow and Tokyo are global metropolises, as well as the largest cities in Japan and Russia. Therefore, the efforts of the respective leaders of both places are important."