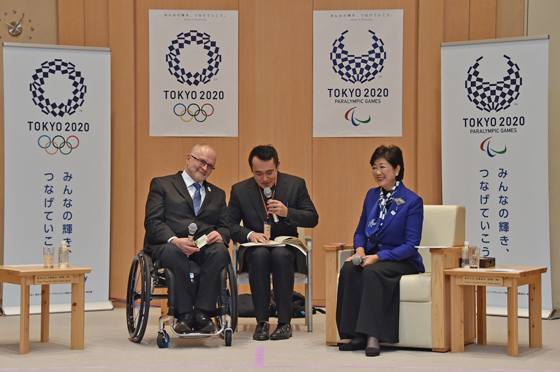 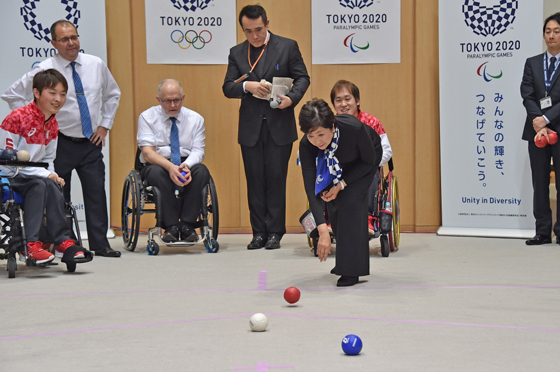 The governor stated that there are only three and a half years until the Olympic and Paralymic Games, and with the hope to make Tokyo a sustainable city through the Games, “we are making preparations for the 2020 Paralympic Games through urban development based on universal design, which includes removing barriers.” She also introduced the newly started program to collect discarded cellphones and use their metals to make Olympic and Paralympic medals. She also said, “There are many Paralympic events that are still not known. We hope to publicize them more and make the Paralympic Games one that excites the whole world,” and she highlighted the fact that a boccia team was formed at the TMG as well. Boccia is one of the sports at the Tokyo 2020 Paralympic Games.

After stating that he confirmed the preparations made by the Tokyo government for 2020, President Craven said, “There has never been a host country that has been so well prepared at this point. It’s wonderful.”