Governor meets with Ambassador of China 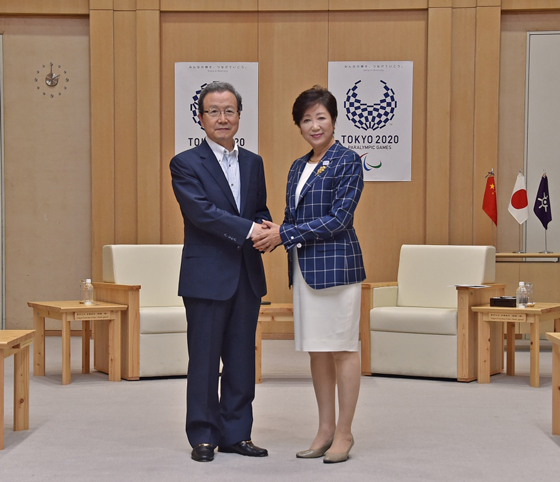 On Wednesday, May 10, Governor Koike met with Ambassador Cheng Yonghua of the People’s Republic of China.

The governor said, “Tokyo and Beijing established a friendship city relationship in 1979. Both are large cities and share similar problems in areas such as the environment and water supply, and we have been working in close cooperation.” She also introduced the Global Friendship Project, an initiative where children at public elementary schools in Tokyo are taught about cultures around the world, and said that she hopes to “further exchanges among the next generation.”

Ambassador Cheng mentioned that he hoped for cooperation and exchange between the two cities with regard to Beijing’s hosting of the Winter Olympic Games in 2022 after the 2020 Games in Tokyo. The ambassador also told the governor that he wishes to cooperate in the exchanges between elementary schools and children.