Governor meets with the Prime Minister of New Zealand 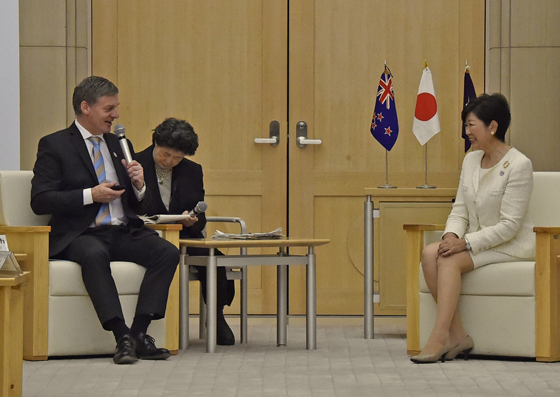 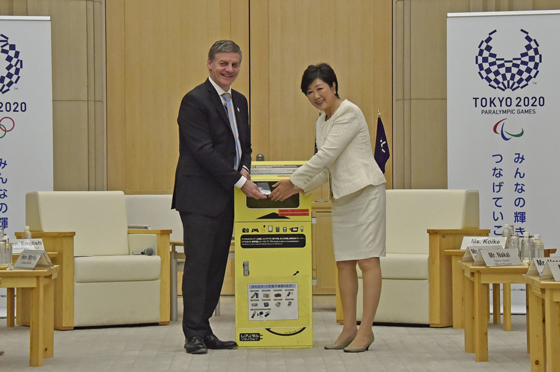 Reflecting on having visited New Zealand several times over the years, the governor said that while she has very fond memories of those visits, “it is unfortunate that one of the things New Zealand and Japan share in common is that both countries are often affected by natural disasters such as earthquakes,” and expressed gratitude for New Zealand’s support following the recent Kumamoto Earthquake and 2011 Great East Japan Earthquake. Noting that New Zealand has hosted the Rugby World Cup twice, the governor said, “The Rugby World Cup will be held in Japan for the first time in 2019. We hope to learn from your country’s experience and make RWC2019 a great success.” She then explained the plan to use metals obtained from donated used cell phones and other electronic devices, an “urban mine” of sorts, to create the medals for the Olympic and Paralympic Games Tokyo 2020, and expressed her hope that Tokyo will promote eco-friendly concepts such as reuse and recycle.

Prime Minister English said he was impressed that Tokyo’s infrastructure was well-developed and efficient, despite the city being a metropolis. He then expressed his hope that the relationship between New Zealand and Tokyo grow even closer through sporting events. Adding that he wished to contribute to the “urban mine” plan, the prime minister dropped an old cell phone he brought to the meeting into the collection box, saying that he hoped his contribution would return to New Zealand in the form of many medals won by the country’s athletes.