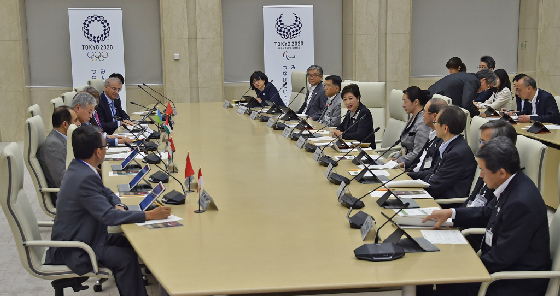 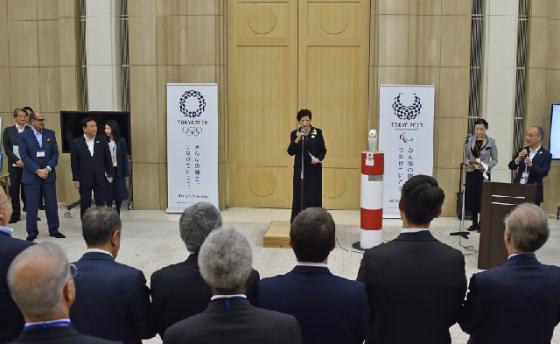 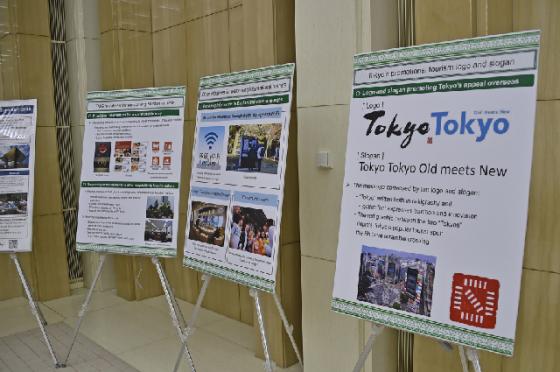 On Tuesday, June 13, Governor Koike attended the Tokyo Networking Night with the Islamic Missions held by the Tokyo Metropolitan Government (TMG) to introduce the TMG’s policies and measures and to promote cooperation with the Islamic diplomatic missions in Tokyo.

In her opening address, the governor said, “As we head toward the Olympic and Paralympic Games Tokyo 2020, I believe that we must engage in efforts to make Tokyo a very attractive global city. One that foreigners as well find comfortable, livable and easy to visit.” She also stated that students in Tokyo’s public schools are learning about countries around the world through the Global Friendship Project and asked for continued cooperation in exchanges among children.

Next, on behalf of the ambassadors, Ambassador Waleed Siam, Representative of the Permanent General Mission of Palestine said that Japan’s efforts toward halal food and the TMG booklet introducing Japanese eateries and accommodations friendly to Muslim travelers “are very important and we are very thankful,” and proposed the establishment of a committee as a forum to exchange views for the creation of an environment that is more pleasant for Muslims. He explained that this would foster a better understanding of each other’s culture and customs and a mindset to sincerely welcome foreign tourists.

Following this, a discussion meeting and networking event was held with the participation of ambassadors and others of the Islamic missions in the capital from 30 countries and regions.
At the event venue, there was a corner introducing multilingual devices, a set of panels on the TMG’s tourism promotion programs, and DVDs on the TMG’s policies.