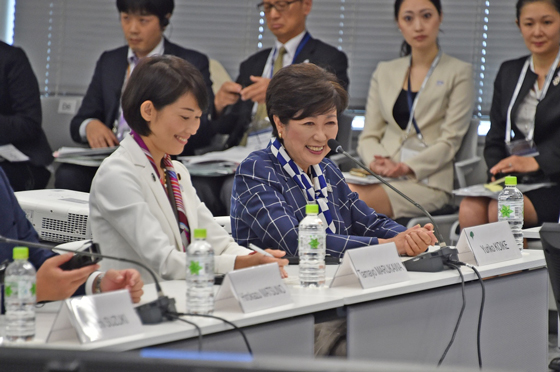 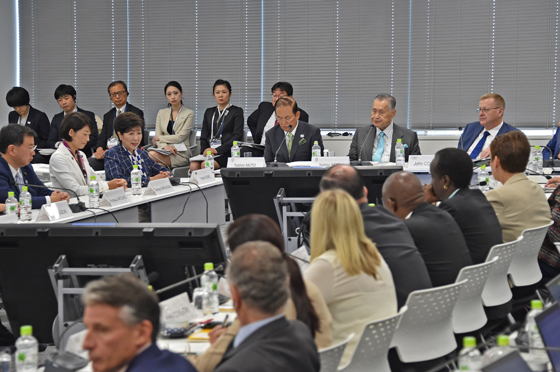 The fourth meeting of the International Olympic Committee (IOC) Coordination Commission for the Games of the XXXII Olympiad (Tokyo 2020 Games) was held for three days from Wednesday, June 28 to Friday, June 30 in Tokyo. Governor Koike attended the opening session on the 28th.

At the opening session, the governor expressed her appreciation for the IOC’s cooperation in the release of the“Host City Contract for the Games of the XXXII Olympiad”and reported on the basic direction to be taken for the division of roles and bearing of costs for the Games, as agreed among the Tokyo Metropolitan Government (TMG), the Tokyo 2020 Organising Committee, and national and local governments on May 31. On that basis, Governor Koike said that“all relevant parties will accelerate their preparations to deliver a successful Games through united efforts, while also striving for further reduction of expenses and more efficiency.”As for transportation plans during the Games, the governor stated that “we will fully open Loop Road No. 2 before the Games.”Regarding the IOC’s final decision on the Tokyo 2020 Games event program, she said that“mixed-gender team events and events with a youth appeal have been selected in line with the objectives of the Olympic Agenda 2020. This will further stimulate women’s participation in sports and broaden the age range of athletes. We expect to see a more diverse group of athletes engaging in sports with the aim of participating in the Tokyo 2020 Games.”The governor also touched on the TMG’s initiative to collect small electronic devices, such as mobile phones, in order to extract materials for the production of medals, and expressed her determination to“raise momentum for the Games and send a message to the world that the Tokyo 2020 Games aims to contribute to the creation of sustainable society through effective utilization of resources.”