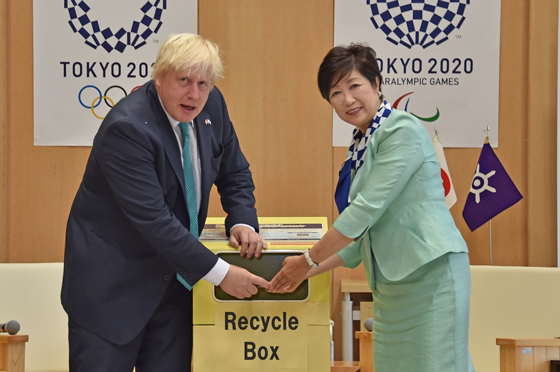 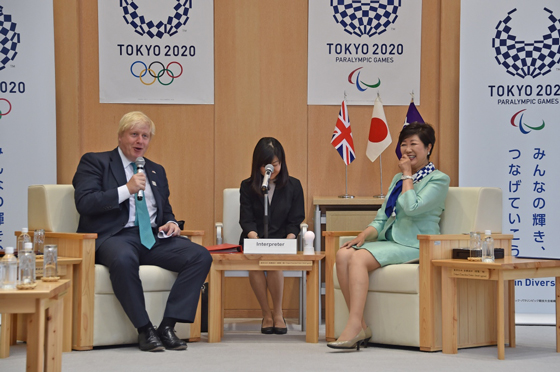 On Friday, July 21, Governor Koike met with Boris Johnson MP, Secretary of State for Foreign and Commonwealth Affairs of the United Kingdom, at the Tokyo Metropolitan Government office.

The governor spoke about the friendship-city relationship Tokyo and London have shared since 2015, saying, “The London Fire Brigade’s participation in our Comprehensive Disaster Drill and London taking steps to join our Network for Crisis Management are some of the ways our cities are building close, practical relationships.” The governor added that Tokyo has much to learn from London, such as how teleworking became a fixture due to the London 2012 Games and about the success of the Paralympic Games. She also spoke about Tokyo’s campaign to exchange incandescent light bulbs for an LED bulb, and how the campaign used London’s initiatives as a reference, saying, “I hope that Japan and the UK will firmly advance measures to address climate change.”

Foreign Secretary Johnson explained that Britain had been able to significantly cut CO2 emissions while increasing GDP, adding that he hoped that London and Tokyo could cooperate on balancing economic growth and the reduction of emissions. He also spoke about the changes in the mentality of the media and public opinion at the London 2012 Games by saying that everyone got behind him in the end, and offered words of encouragement, saying he was sure that the Tokyo 2020 Games would also be an absolute sensation.