Governor meets with the French Ambassador to Japan 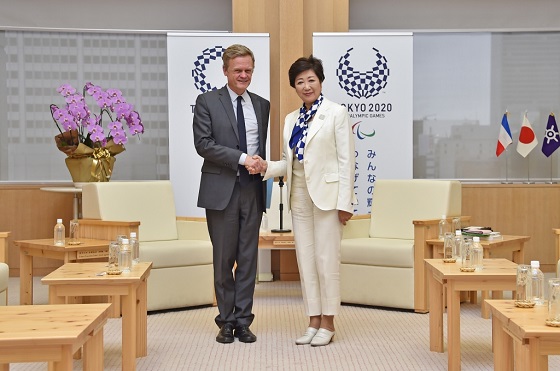 Stressing the friendly ties between Tokyo and Paris, noting in particular that this year marks the 35th anniversary of their friendship city relationship; that an agreement for exchange and cooperation in areas such as the environment, sports, culture, and urban development was concluded in 2015; and that the mayor of Paris visited Tokyo this February, the governor said,"I am very pleased that it has been decided to award the 2024 Games to Paris. I look forward to handing over the'flame'of success of the Tokyo Games to Paris."

Ambassador Pic said,"I would like to not only see cultural exchanges  between the two cities become more and more active, but also cooperation for sustainable urban development."