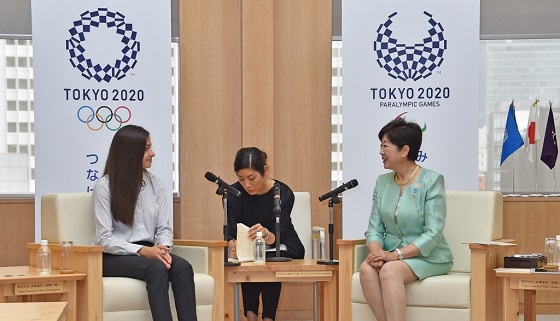 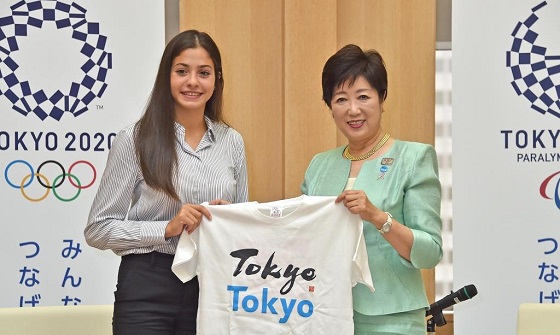 Ms. Mardini is a Syrian refugee and was selected as a swimmer for the Rio 2016 Olympics' first-ever Refugee Olympic Team. At 19, she is also the youngest ever UNHCR Goodwill Ambassador, chosen for her courage and experiences. She continues to appeal for acknowledgement of the refugee situation and for support, while setting her sights on the Tokyo 2020 Games.

Governor Koike spoke to her saying, "I am sure you are worried about your family and country, but stay strong. While praying for stability to come to your homeland as soon as possible, I hope that you will also use the Olympics to spread information to people around the world about the Syrian conflict, and the need to create a stable society." She also encouraged Mardini, adding, "When stability comes to Syria, the potential of the Syrian people will shine even more."

Goodwill Ambassador Mardini spoke enthusiastically, saying, "My homeland is engaged in civil war, but my passion right now is swimming. I have a clear goal, which is the Olympics. I will do my best so that one day the people of Syria can be proud of me." She also expressed gratitude for the support she's been given from the UNHCR and others. "Through my activities as an athlete, I hope that refugee issues become much more known in Japan and the world."