Governor attends the international wheelchair basketball friendship games with the Prime Minister of the U.K. 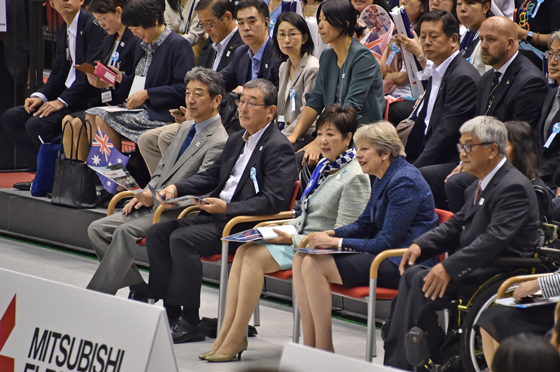 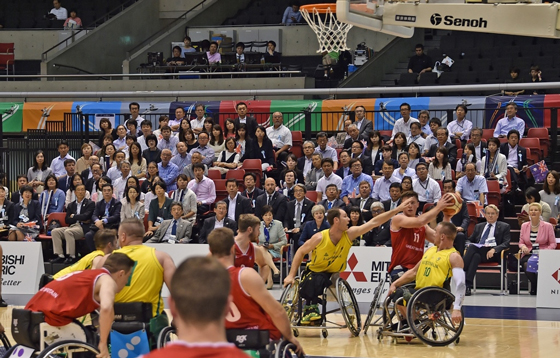 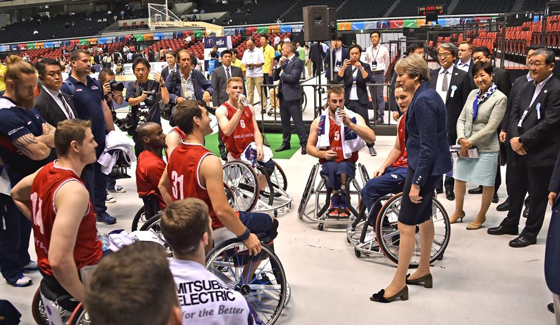 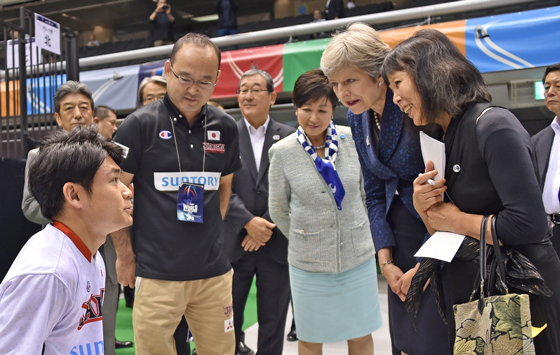 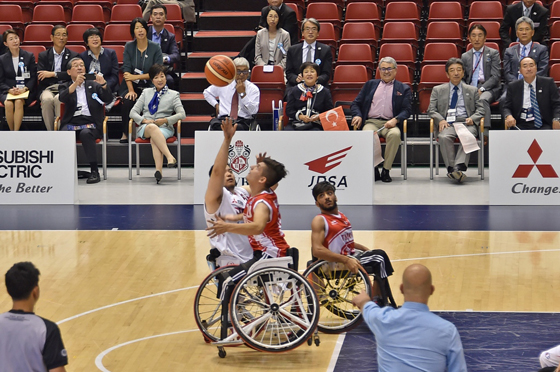 The governor and prime minister cheered and applauded the plays in the match between the U.K. and Australia. After the game, the two leaders enjoyed speaking with the British team and also exchanged greetings with the Japanese team.
The governor then stayed on to watch a Japan vs. Turkey game.

At the regular press conference held later that day, Governor Koike mentioned her conversation with Prime Minister May during the games: “I said, ‘London’s success with the 2012 Olympic and Paralympic Games is attributed to its successful delivery of the Paralympics, and so I want to start learning from the Paralympic part’ and ‘I would like to learn about various things from you.’” She also spoke of informing Prime Minister May about the “Tokyo 2020 Medal Project” and presenting the prime minister with the Tokyo 2020 official Olympic emblem pin badge specially designed for the visually challenged. “I am certain that Prime Minister May was able to sense Tokyo’s enthusiasm,” the governor said.