Governor meets with the U.S. Ambassador to Japan 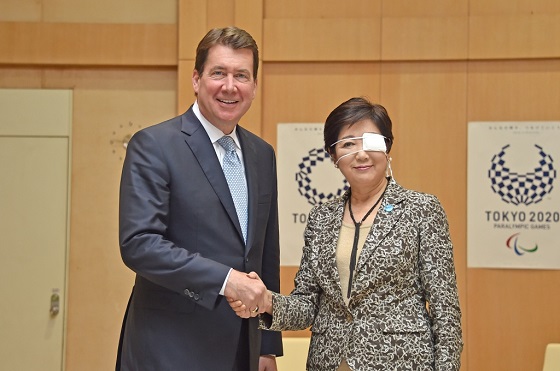 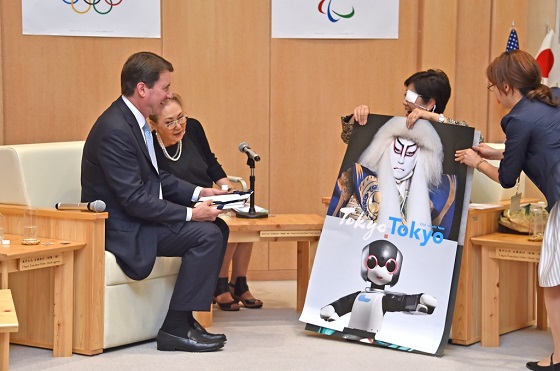 On Tuesday, September 12, Governor Koike met with Ambassador William F. Hagerty of the United States of America at the Tokyo Metropolitan Government.

In her greetings, Governor Koike spoke about Tokyo and New York City's sister-city relationship and the cherry blossom trees Tokyo gifted to Washington, D.C. in 1912. She added, "The relationship between the United States and Japan is very strong," and "I'm delighted to welcome an ambassador who knows Japan so well."

Ambassador Hagerty resided in Japan from 1988 to 1991. He spoke of how he frequently visited Japan when he worked under former President George H.W. Bush and especially from 2011 to 2015. When Governor Koike expressed her sympathy for the damage wrought by Hurricane Irma in Florida, the ambassador replied "arigato" (thank you) in Japanese.