Governor meets with the Mayor of Honolulu 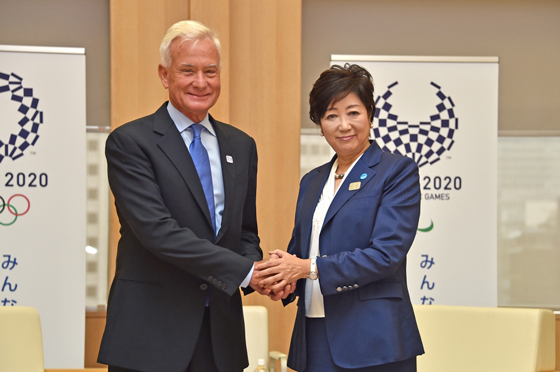 Governor Koike talked about how Hawaii is popular with Japanese tourists and that she expected that many Japanese will continue to visit Hawaii in the future. She added that she looks forward to welcoming many visitors to Tokyo from Honolulu for the upcoming Tokyo 2020 Games.

Mayor Caldwell lauded her achievement as Tokyo’s first female governor saying, “About a third of the Honolulu City staff are women, and we are working to even out the male-female ratio.” He also spoke about the deep connection Hawaii shares with Japan, explaining that he hopes to hold large-scale commemorative events in 2018, to mark the 150th anniversary of Japanese immigration to Hawaii.