Governor meets with President of the International Paralympic Committee 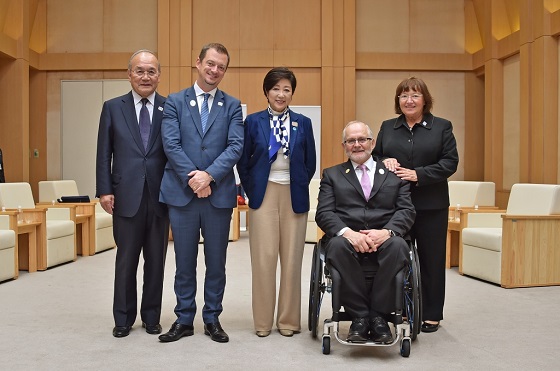 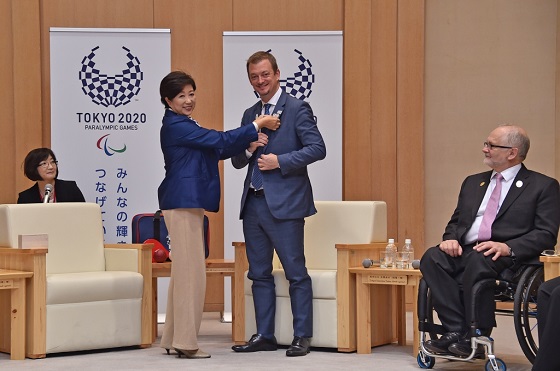 The Tokyo governor congratulated Mr. Parsons, who just took office as the new president, and expressed her sincere respect to Sir Philip Craven, the former IPC president, who was also present at the meeting, for his 16 years of service. The governor told them, "Holding the Paralympic Games is significant in making cities and society comfortable for all people, with or without impairments. I want to continue to cooperate with you and the IPC team, in order to deliver a successful Tokyo 2020 Games."

IPC President Parsons replied, "The Paralympic Games present an opportunity for society to make a positive change, in the sense that people with impairments not only shine in sporting competitions, but can also establish their presence and realize their potentials in society away from sports." Mr. Parsons promised the governor that the IPC will continue to provide support for the success of the Tokyo Games.