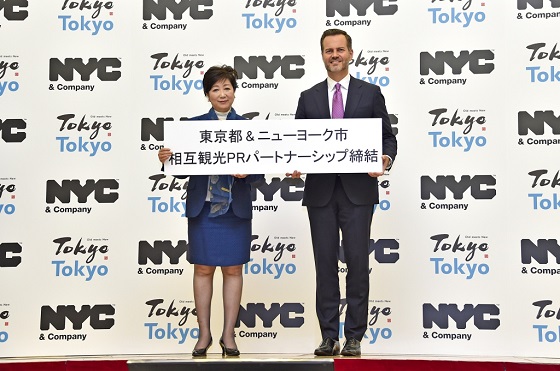 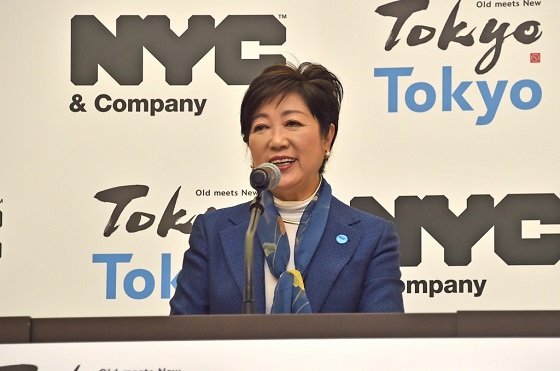 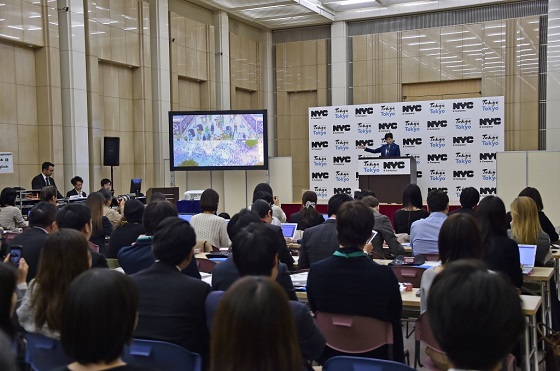 On Friday, November 10, Governor Koike attended a media event held at the Tokyo Metropolitan Government to announce a city-to-city partnership between Tokyo and NYC to promote reciprocal tourism.

In her speech before the partnership agreement was signed, the governor said, "New York City was Tokyo's first sister city. Our cities have been involved in various exchanges since becoming sister cities in 1960." The governor used slides to introduce upcoming developments, such as the light up of the Empire State Building in blue, the Tokyo Tokyo tourism color and promotional activities in NYC using digital signage for tourism, mentioning that these initiatives would be very beneficial in attracting even more visitors to Tokyo. Speaking about videos to be aired on TV and other platforms to promote Tokyo's diverse appeal, Governor Koike said she hoped the media will encourage Americans to visit Tokyo.

Fred Dixon, President and CEO of NYC & Company, said that he felt very heartened by the conclusion of this agreement and expressed his high expectations that this reciprocal effort will increase visitors. He also introduced initiatives to promote NYC in Japan, such as Tokyo Tower being lit up in orange, white, and blue, the colors of the New York City flag, and spoke about the appeal of NYC.

Then, he and Yuji Fujita, Director General of the Tokyo Bureau of Industrial and Labor Affairs, signed the agreement.