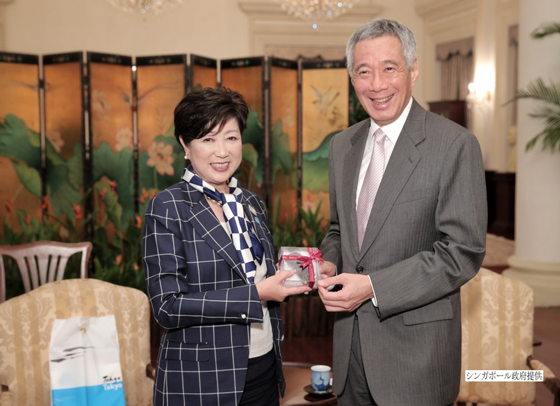 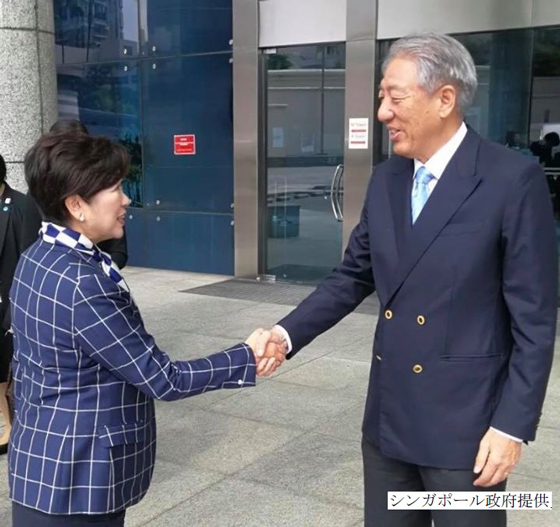 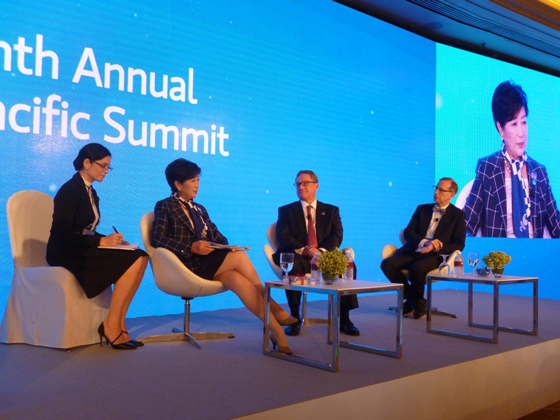 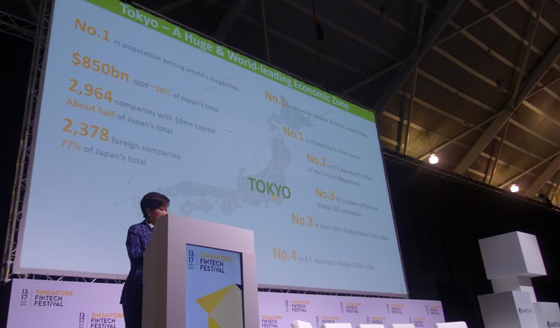 From Wednesday, November 15 to Friday, November 17, Governor Koike made an official trip to Singapore under the invitation of the Lee Kuan Yew Exchange Fellowship.

The governor also spoke at the 16th Morgan Stanley Annual Asia Pacific Summit, Singapore FinTech Festival 2017, and Lee Kuan Yew School of Public Policy, where she shared the measures taken by the TMG for realizing the Global Financial City Tokyo and the attractions of Tokyo.