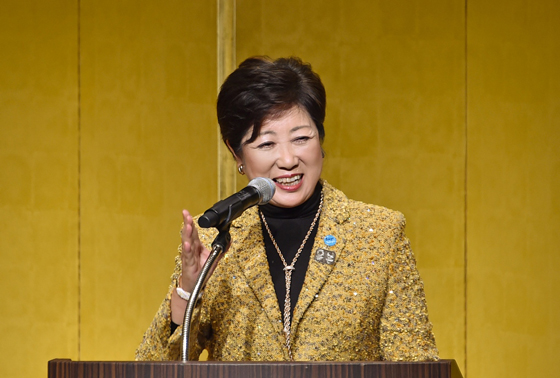 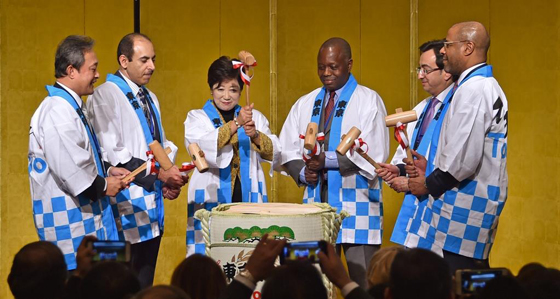 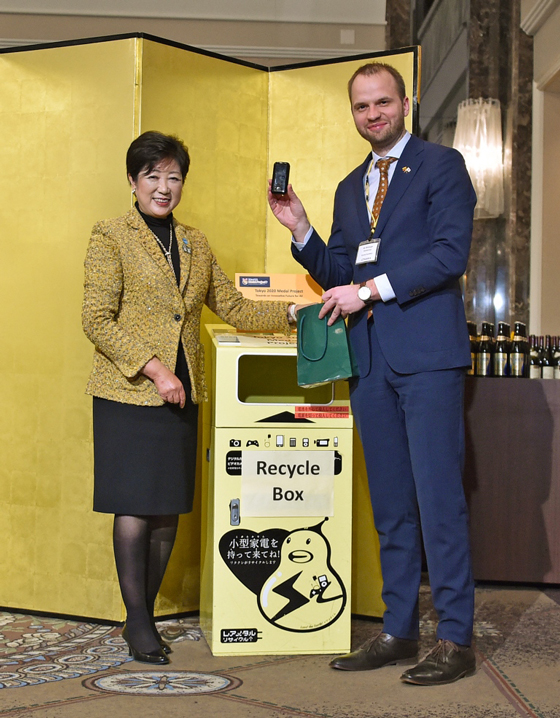 On Tuesday, January 16, Governor Koike welcomed ambassadors and other members of the diplomatic corps and representative offices to Tokyo Ambassadors Night, which was held in the city. The annual event was held to introduce them to the Tokyo Metropolitan Government’s policies, and to facilitate interaction with the governor and her senior officials. Representatives from about 100 countries and regions attended.

In her greetings in English, the governor said, “I have been advancing the grand reform of Tokyo under the firm belief that the sustainable growth of Tokyo is the engine that drives Japan’s economic growth. Through this reform, we aim to realize a ‘safe city,’ a city of ‘diversity,’ and a ‘smart city.’”

Mentioning that preparations for the Tokyo 2020 Games are steadily underway, the governor called for continued cooperation with the Global Friendship Project, which promotes exchange between local children and people of embassies and countries and regions around the world. In addition, the governor introduced the Tokyo Cultural Program, which conveys to those in Japan and abroad the appeal of Tokyo’s arts culture; an initiative to use small electronic devices to make medals for the Games; and the charm of furoshiki cloth wrapping.

After the speech, ambassadors representing the five Olympic continents, joined the governor in a traditional kagamibiraki ceremony, in which the lid of a wooden barrel of sake is broken open with wooden mallets. The barreled sake, called “Tokyo Meijo Club,” jointly produced by nine breweries in Tokyo, was then served to guests.