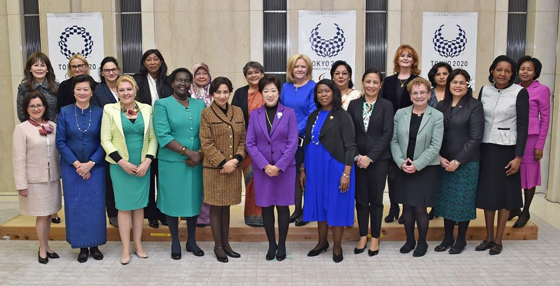 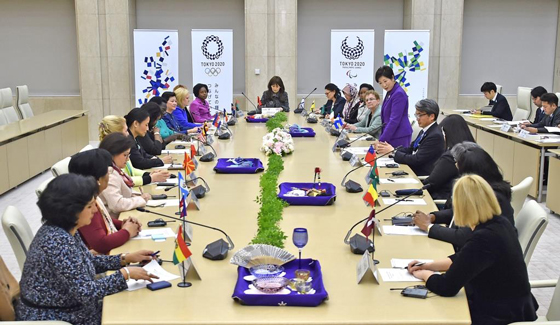 On Tuesday, February 20, Governor Koike met with a delegation of female ambassadors at the Tokyo Metropolitan Government office.

Governor Koike in her opening address in English introduced the TMG’s initiatives to promote the empowerment of working women, including improving day care services and holding programs for women entrepreneurs, as well as preparing a disaster management book from a woman’s perspective. The governor said, “By fully leveraging the untapped potential of women, Japan will be able to grow even more. I wish for Tokyo to become an exemplary model for Japanese society by continuing to promote the social participation of women,” and also, “The Olympic and Paralympic Games Tokyo 2020 present a good opportunity for our children to learn about your country’s history and culture. As part of the Olympic and Paralympic education program, our public schools are proceeding with an initiative called the Global Friendship Project, in which they interact with your embassies and people from countries and regions around the world. I will deeply appreciate your continued cooperation for such exchanges with the children of Tokyo, who are our future.”

As the representative of the delegation, Ambassador Youngor Sevelee Telewoda of the Republic of Liberia thanked the governor for inviting the ambassadors to discuss these issues and said that the embassies can work together with the TMG for the success of the Tokyo 2020 Games.

The delegation then held discussions aimed at strengthening communication and cooperation between the embassies and the TMG.