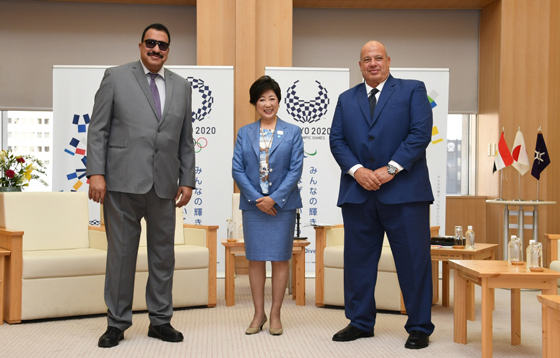 When the governor shared her memory of Mr. Rashwan treating her for an injury when she visited Cairo, he thanked her for remembering.

Governor Koike said, “As Judo is a very popular sport in Egypt, I look forward to seeing your athletes compete at the Tokyo 2020 Games.”

President Fakhreldin said that they would like the cooperation of Japanese universities and others so that Egypt’s athletes can win medals at the 2020 Summer Olympics.