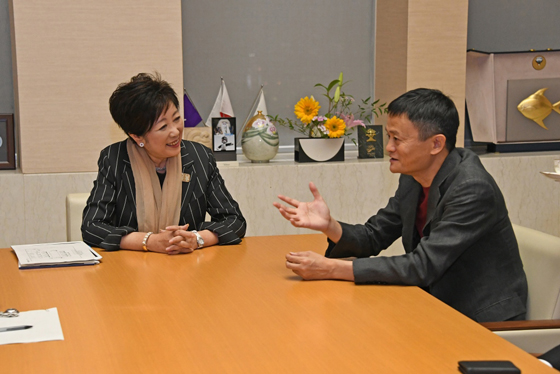 The two affirmed their cooperation for the success of the Tokyo 2020 Games and the Beijing 2022 Winter Games.

*1. Alibaba Group is one of the world’s largest e-commerce platforms and provider of cloud services.
*2. A Worldwide Olympic Partner is at the highest level of the Olympic marketing sponsorship framework, The Olympic Partner (TOP) Programme, which is directly managed by the International Olympic Committee (IOC).