Governor visits a public elementary school with the U.S. Ambassador to Japan 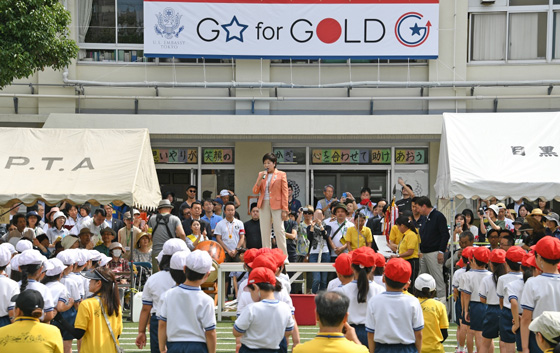 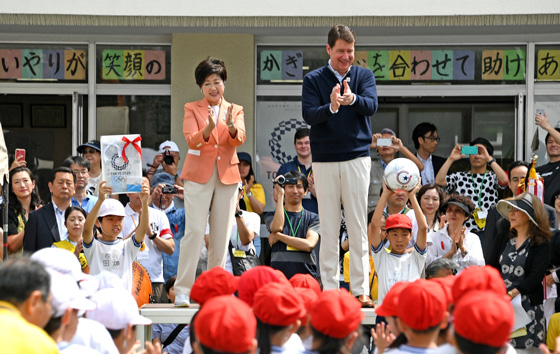 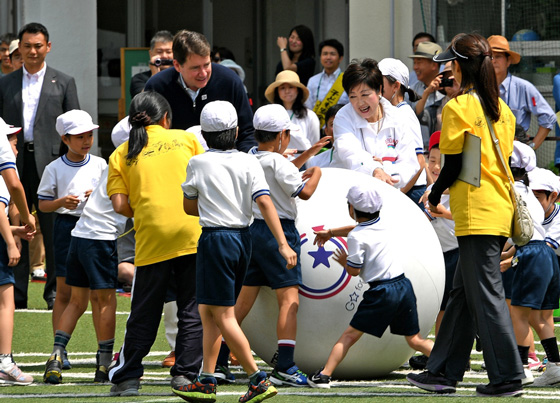 On Saturday, June 2, Governor Koike visited Sugekari Elementary School in Meguro-ku, Tokyo, with U.S. Ambassador to Japan William F. Hagerty and his family to participate in the school’s sports festival. The visit was held in conjunction with the U.S. Embassy’s new “Go for Gold” campaign.

As part of the Olympic/Paralympic education program, the Tokyo Metropolitan Government is advancing the “Global Friendship Project,” where public school students in Tokyo learn about countries scheduled to participate in the Tokyo 2020 Games. The “Go for Gold” campaign launched by the U.S. Embassy conducts activities such as visiting schools where students are learning about the United States under the “Global Friendship Project” (238 public schools in FY2017), with the aim to deepen their understanding.

At the event, the governor introduced the Hagertys and said, “Let’s make today a wonderful day in a sense that you, who represent our future, will further deepen friendship.”
Ambassador Hagerty explained that “Go for Gold” means “to give your everything to achieve the very best possible outcome. The best outcome for Japan and the United States is to learn about each other’s country and deepen friendship.”

The governor, ambassador, and his two children joined the elementary school students in the “Chikyu-okuri (passing the globe)” race where all grade levels split into red and white teams.