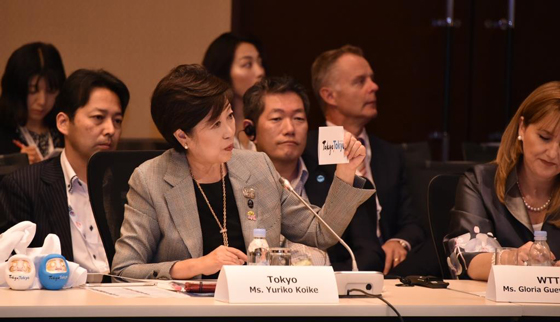 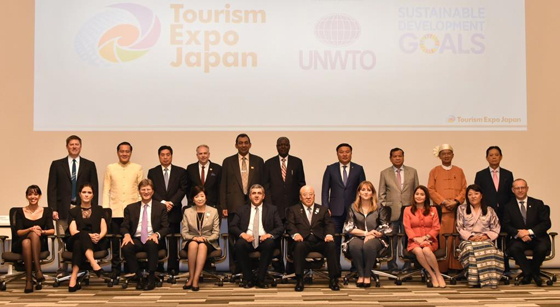 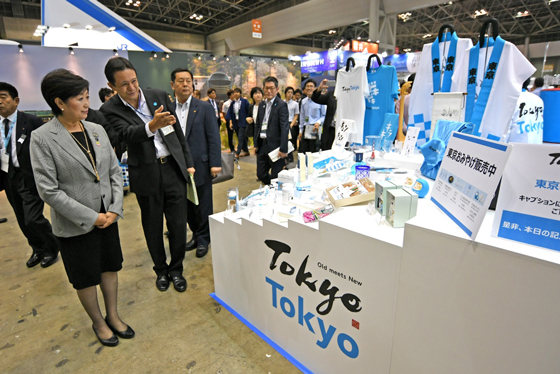 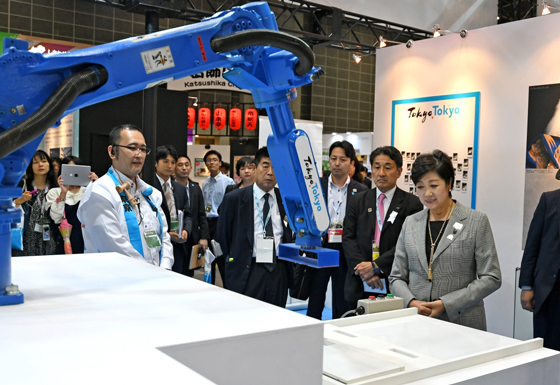 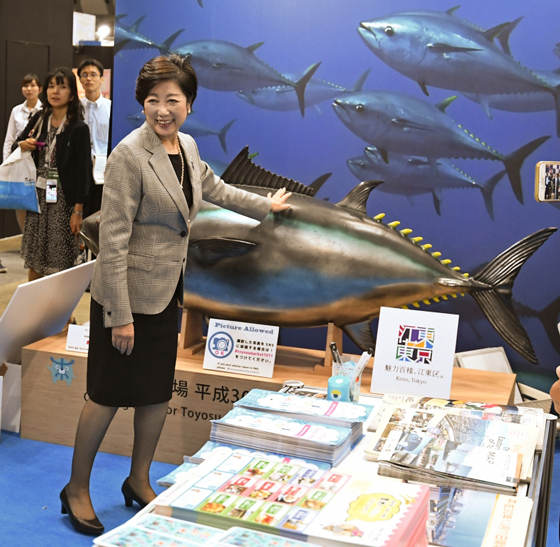 Tourism EXPO Japan 2018 is a comprehensive travel trade event, bringing together both the public and private sector. Key players from the travel and tourism industries and other related industries converge at the Expo. Along with promoting overseas, domestic, and inbound tourism, and vitalizing communities so that each of the participating businesses can develop and grow, the event provided them with opportunities to share know-how and hold discussions, hold exhibitions and business meetings, promote products to consumers, and conduct direct marketing.

Now in its fifth year, 1,440 companies and organizations from over 130 countries and regions took part in this year’s Expo.

Ministers of Tourism from all over the world, executives from international tourism organizations and others held discussions at the TEJ Ministerial Round Table about current challenges and future prospects of sustainable tourism, presenting case studies from each country and region.

Governor Koike said, “In the lead up to the Tokyo 2020 Games, with the eyes of the world focused on Tokyo, the number of international tourists coming to the city continues to rise. We want everyone who visits Tokyo to clearly feel its charm and to become a fan of our city.” She then revealed a logo and a T-shirt with a design of Shibuya’s “scramble” crossing and said, “Tokyo is where tradition and innovation exist side by side. This is the logo for Tokyo Tokyo Old Meets New, and it communicates that appeal to the world.” Then mentioning lighting up buildings and cherry blossoms in the city, the valleys rich in water and greenery in Tokyo’s suburbs, and the World Heritage Ogasawara Islands, she said, “I want to further promote these as appealing brands.”

The governor continued by saying that “the 1964 Tokyo Games spurred the development of urban infrastructure and stimulated Japan’s economic growth. Tokyo will host the Games not only as a mature city, but also as the first city to host the Summer Paralympic Games for a second time. Seizing this opportunity, as a legacy of the Games I hope to have Tokyo make great strides toward becoming a city where anyone can shine vibrantly.” “We are making railway stations barrier-free and providing information in foreign languages so that Tokyo becomes the world’s top destination in the areas of tourism and economy and achieves sustainable growth.”

After the Round Table meeting ended, the governor visited the Tokyo booth at the Expo.