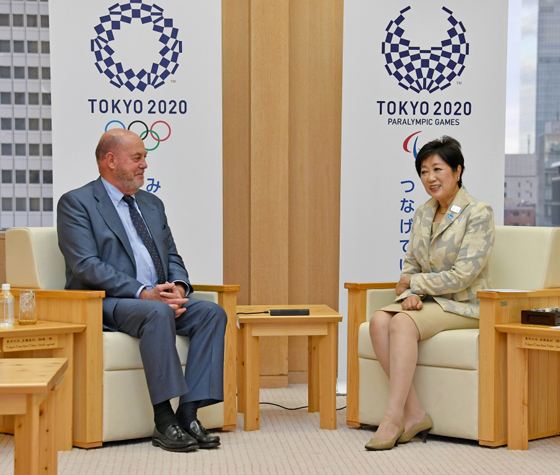 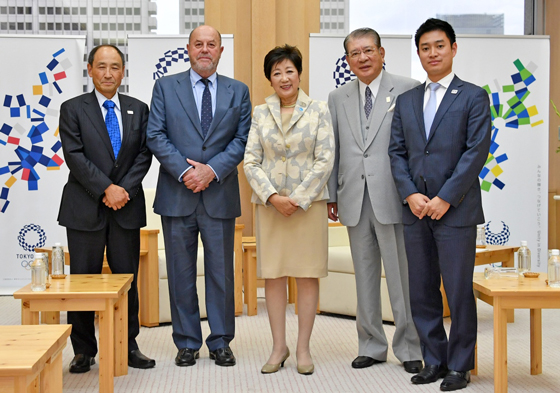 Mr. Espinós said, “We are doing our best to firmly establish the position of karate as an Olympic sport at the Tokyo 2020 Games and the following Paris 2024 Games. Please support us in having karate included as an official event in the Paris 2024 Games.”

Governor Koike replied that she would do her best to assist their efforts, saying, “First we will make the Tokyo 2020 Games a success,” “One month ago Tokyo held a large-scale cultural project in our friendship city, Paris. The karate stage performance held in a public square in Paris was quite popular with the locals.”