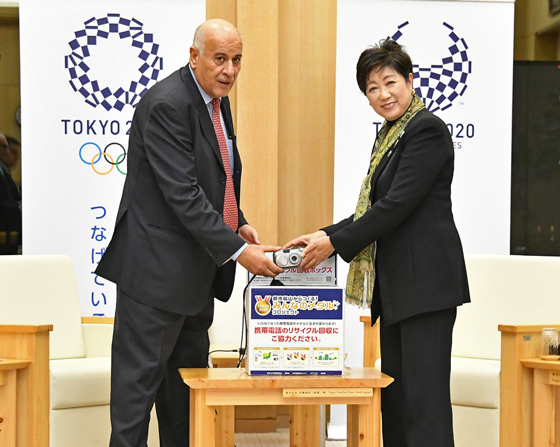 The governor expressed her thanks to President Rajoub for his cooperation in donating a used camera to the Tokyo 2020 Medal Project. She said, “I hope that Palestinian athletes perform well at the Tokyo 2020 Games. It would be wonderful if both men and women win medals.”

President Rajoub replied saying, “It’s amazing that with still a year and a half left to go until the Tokyo 2020 Games, the Olympic facilities are near completion.” Mentioning that “the success of the Tokyo 2020 Games will not only be a huge success for Japan, but for the world,” he also said that he would like to cooperate in a number of ways.