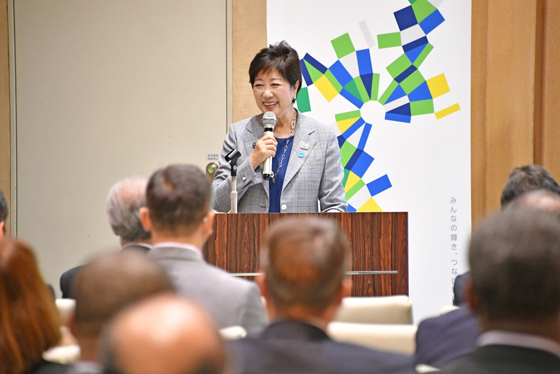 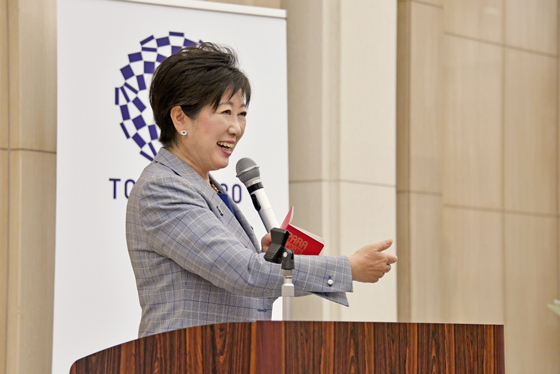 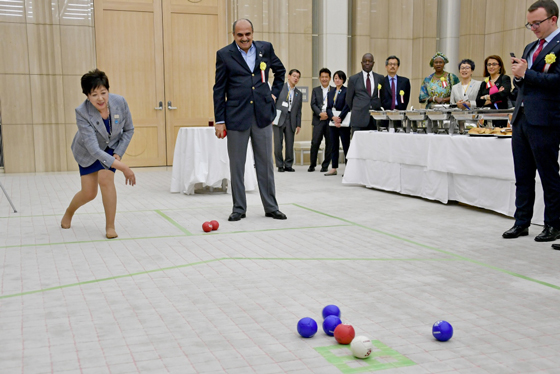 On Wednesday, May 29, Governor Koike attended the Tokyo Networking Night with the Islamic Missions.
This event aimed to introduce the Tokyo Metropolitan Government’s policies and measures and to promote cooperation with the Islamic diplomatic missions in Tokyo. Governor Koike, with an ambassador representing the missions, experienced Boccia, an official Paralympic sport.