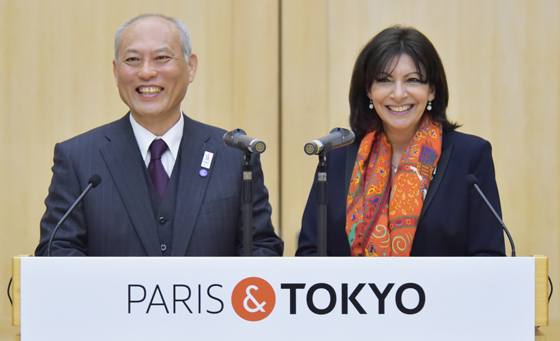 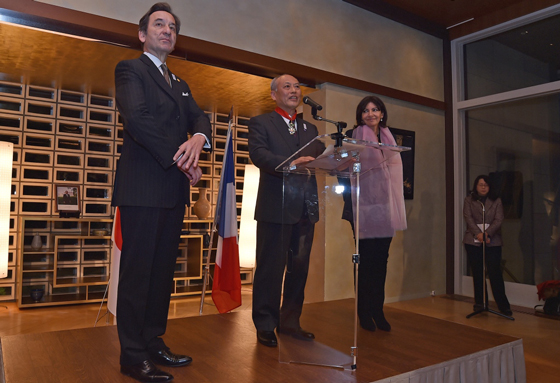 Governor Masuzoe met with Mayor Hidalgo and discussed strengthening cooperation in the five areas set forth in an agreement signed by Tokyo and Paris last October: the environment, culture, sports, urban planning, and tourism.

Following the meeting, the governor and mayor held a joint press conference where they announced an agreement to mutually promote tourism to both cities. The governor added, “With respect to environmental issues as well, we renewed our determination to have Paris and Tokyo lead the world in working to reduce CO2 emissions.” Meanwhile, concerning the decrease in tourist numbers brought about by last year’s terrorist attacks in Paris, Mayor Hidalgo assured that the city is taking ample steps to ensure security, and called for Japanese tourists to return.

In the evening, the governor was invited to the Embassy of France where he was awarded the Commandeur de la Legion d'Honneur by the French Republic. At the ceremony, the governor spoke in both Japanese and French, expressing his desire to continue to devote efforts to the further development of close relations between France and Japan and Tokyo and Paris.