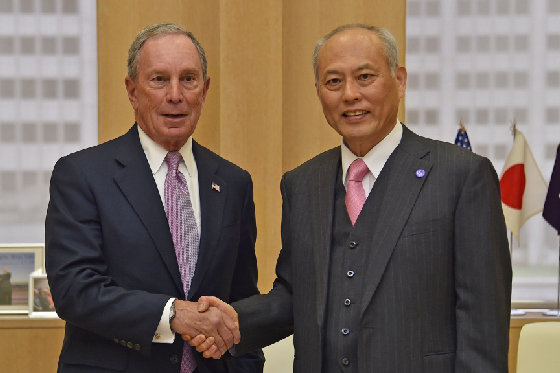 The governor said that he aims to change Tokyo a great deal ahead of the Tokyo 2020 Olympic and Paralympic Games, and that he would like to learn from Mr. Bloomberg’s various experiences as such a successful mayor of New York. The two also spoke about environmental issues and raising Japan’s position as an international financial center.