Governor attends a cherry tree planting ceremony in New York, and gives a speech to the Japan Society 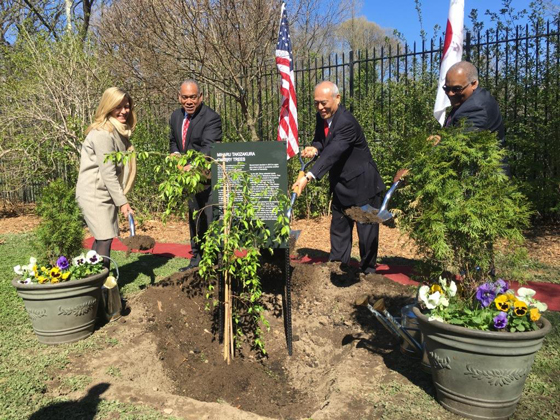 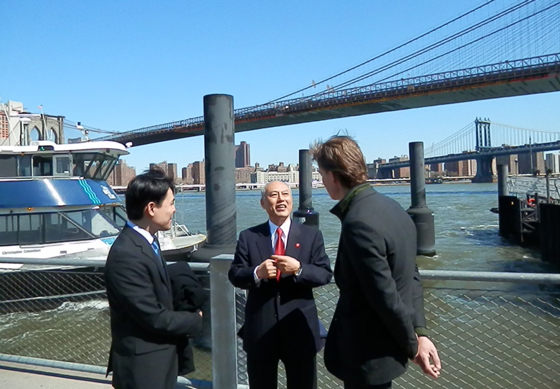 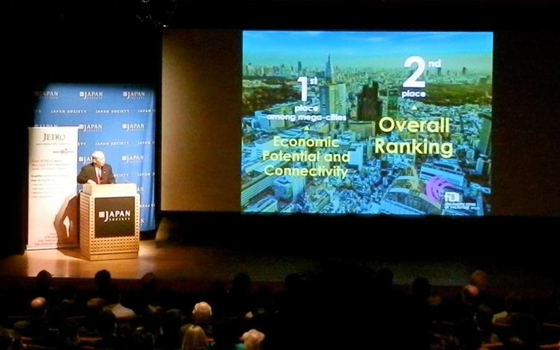 Governor Masuzoe is on an official visit to New York and Washington D.C. from Tuesday, April 12, to Monday, April 18.

In New York on Wednesday, April 13, he gave a speech to “Partnership for NYC”, an organization of business leaders, and conversed with members. In Prospect Park, he attended a tree planting ceremony and assisted in planting a Miharu Takizakura cherry sapling, grown from seeds from Fukushima Prefecture. He also boarded a ferry on the East River to view waterfront developments, docks and other features.

Speaking to the press afterwards, he told how he urged “Partnership for NYC” members to invest in Tokyo, which he promoted as very open to business. Referring to the cherry tree planting, he said he hoped the tree would be a symbol of the friendship between the U.S. and Japan and also of the sister city relationship between New York City and Tokyo. While on the ferry, the governor was given an explanation of the waterfront developments. He said that he hopes that boats will be used more and more in Tokyo for travel to and from work and school. Noting that the ferry he rode on was fast and therefore well suited for commuting, he said he appreciated the chance to learn from such an experience.

In the evening, he visited the Japan Society, an NPO which promotes mutual understanding between the U.S. and Japan, where he gave a speech in which be made the case for Tokyo as a business-friendly city.