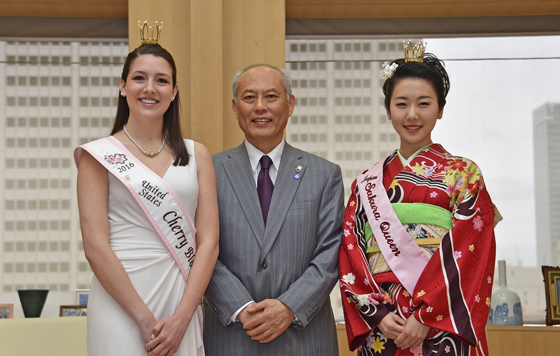 On Friday, May 20, Reichel Bohn, who was crowned the 68th U.S. Cherry Blossom Queen during the 2016 National Cherry Blossom Festival, paid a courtesy call on Governor Masuzoe.

At the meeting, the governor said, “I am glad that the National Cherry Blossom Festival has grown into the No. 1 festival in the United States. I hope the beautiful blossoms will help deepen the friendly relationship between Japan and the United States. Let’s work together to make the festival even more vibrant and exciting.”