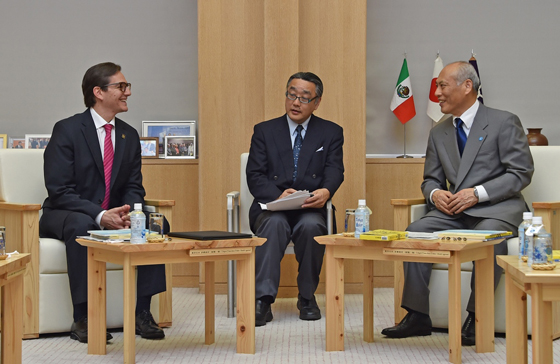 On Tuesday, May 31, Salomón Chertorivski, Secretary of Economic Development of Mexico City, met with Governor Masuzoe.

During the meeting, the governor said, “Both Mexico City and Tokyo are major cities and face common challenges. Also, our two cities both hosted the Olympic Games in the past. I hope we will be able to cooperate with each other as Tokyo prepares for the Tokyo 2020 Olympic and Paralympic Games.”

Economic Development Secretary Chertorivski replied, “I would like for our two cities to strengthen friendly ties while exchanging opinions in various fields, including the advantages and disadvantages of being the political and economic capital of a nation.”