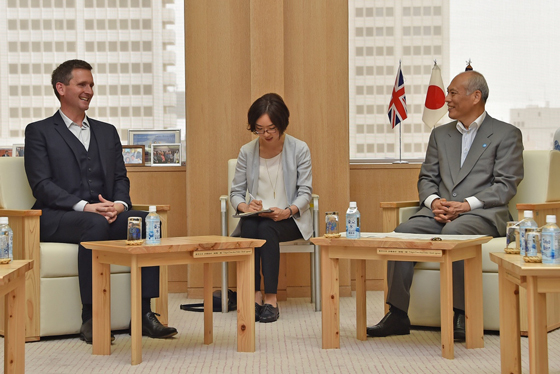 On Tuesday, May 31, Lord Chris Holmes met with the governor.

Governor Masuzoe spoke about a conversation he had Lord Holmes in London last year that made a lasting impression on him. At that meeting, Lord Holmes explained that if London had not become a city friendly to the disabled 50 years after the London 2012 Games, then the Paralympic Games could not be considered a true success. At Tuesday’s meeting, the governor assured Lord Holmes that Tokyo is now carrying out a variety of preparations so that Tokyo will be a wonderful city for the disabled in 2070, and introduced initiatives the Tokyo Metropolitan Government has carried out to date, including events and the creation of videos to promote disabled sports, as well as initiatives to encourage participation in volunteer activities by the disabled.