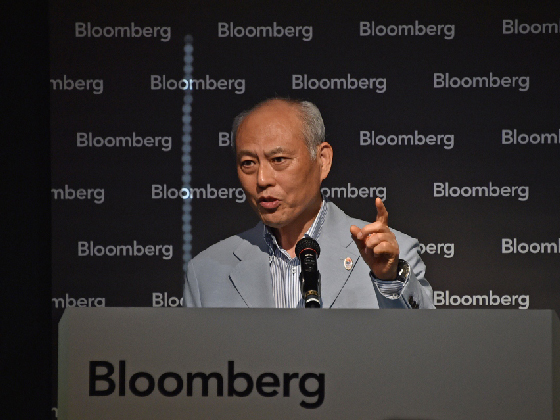 “The Tokyo 2020 Olympic and Paralympic Games presents the best opportunity for Japan’s economic revival, but it is not our final goal. We aim to reinstate Tokyo as Asia’s financial hub,” said Governor Masuzoe in his keynote speech at Japan’s 2020 Vision, a special seminar held by Bloomberg L.P. on July 14, 2015. He spoke passionately on the theme of the “realization of a vibrant Tokyo full of business opportunities.”

Maintaining that bolstering urban functions are crucial for revitalization of the economy, he spoke of his ambitious vision for Tokyo as the “first major city in the world with no traffic congestion.”

He also stated that Tokyo aims to become a global financial and business center and hub for life sciences by “advancing deregulations in the national strategic special zone, and transforming Tokyo into a city where it is easy to do business,” and called out to overseas investors, saying, “We have, for instance, created an infra fund and a renewable energy fund by utilizing the credibility of the Tokyo Metropolitan Government. Wouldn’t you like to team up with us?”

In his final remarks, the governor promoted Tokyo to the world, saying, “Tokyo abounds in nature, and has a rich variety of delicious food ingredients” and called for everyone to “come to sightsee, work, or live in Tokyo, a city that aims to be the best in the world.”