The Bureau of Port and Harbor, Tokyo Metropolitan Government (TMG) plans to construct a new cruise ship pier to accept the largest cruise ship in the world by 2020 Tokyo Olympic and Paralympic Games. We today announced that outline of the new cruise ship terminal building have been decided. 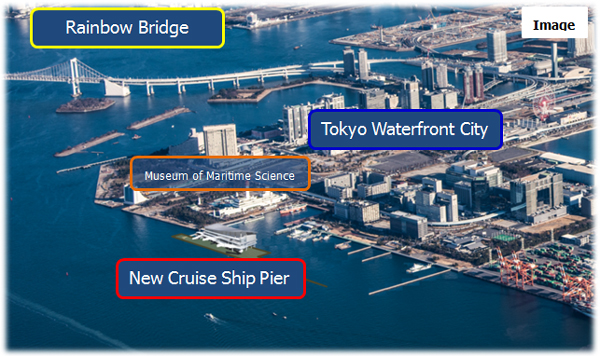