The Rugby World Cup 2019TM , Japan kicks off on Friday, September 20, this year at the Tokyo Stadium.

Haneda Airport’s Terminals 1 and 2, which serve as the gateways to Tokyo, have been decorated with Rugby World Cup 2019TM, Japan-themed banners and displays to greet spectators from across Japan.

Get into a festive mood at Haneda Airport. 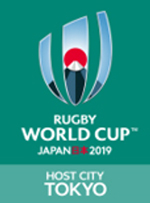 Various areas inside Terminals 1 and 2 of Haneda Airport 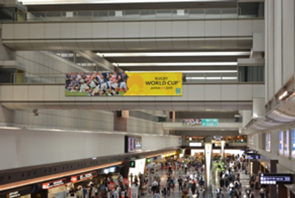 The departure lobby at Terminal 1 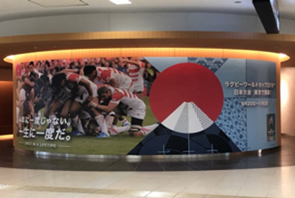 Central restrooms in the arrival lobby at Terminal 1 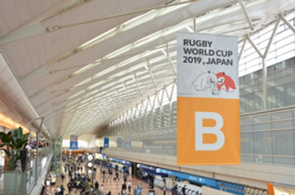 The departure lobby at Terminal 2 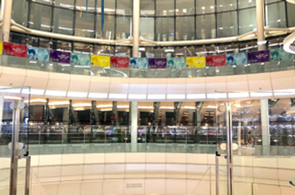 *A few other areas have also been decorated.
For more details regarding the Rugby World Cup 2019TM, Japan including the decorations, please check the Tokyo Rugby Information site.

The Rugby World Cup 2019TM, Japan will be held from September 20 through November 2, 2019, at 12 venues located across Japan. The Opening Ceremony and eight matches, including the opening match, will be held at Tokyo Stadium.