Tokyo Metropolitan Government and the Tokyo Metropolitan Foundation for History and Culture intend to build excitement through culture in 2020, when Tokyo will host the Olympic and Paralympic Games. Various cultural programs will take place to achieve this objective as part of Tokyo Tokyo FESTIVAL (TTF).
Taking the opportunity offered by the Rugby World Cup, which has brought many visitors to Tokyo from within Japan and abroad, we will hold a TTF promotional event that highlights the uniqueness and attractiveness of Japanese culture on 30 October (Wed). It will be held at the above-ground open space outside Yurakucho station, not far from the Rugby World Cup Fanzone.
At the venue, there will be attractions such as a kabuki-themed face-paint corner and a tea-ceremony themed photo-spot. Visitors of all backgrounds will be able to experience Japanese culture in a lighthearted setting.
We hope that you will take this opportunity to enjoy Tokyo Tokyo FESTIVAL along with your friends and family.

A collaborative performance featuring bonsai pruning and a shamisen recital 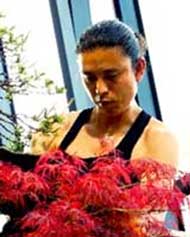 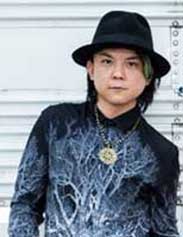 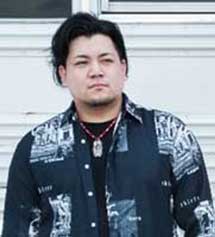 A talk on Japanese culture and its attractiveness from various perspectives

Masashi began training at a Bonsai garden in Saitama’s Bonsai-cho in 2003, being told by his master to “become someone who shares bonsai with all sorts of people, both in Japan and abroad”. Taking those words to heart, he has performed and given demonstrations abroad. In 2013 he traveled for four months around 11 different countries as a cultural ambassador for the Agency for Cultural Affairs, encouraging international cultural exchange through bonsai. In May 2016 he opened his own bonsai garden. Currently he is focused on collaborative performances with people from other fields and workshops for the inexperienced.

Naming himself a “Syamisenist”, Jack specializes mainly in the electric shamisen. With a sound characterized by liberal use of effects, and making songs heavily influenced by Latin and Classical Indian music, Jack has pursued the shamisen with a unique style, performing within and outside Japan and going beyond the confines of tradition. Jack has performed at festivals and international exchange events in over 15 countries in Asia, Europe, the Middle East and the Americas.

Along with playing the Japanese Taiko drum, Yuji began playing the Tsugaru shamisen in 2007. Since then he has played in bands that use traditional Japanese instruments, touring Taiwan and holding a one-man live performance with an audience of 700. Since 2011 he has focused on the Tsugaru shamisen and moved to the Kanto area. Three months into his solo career, he appeared as a special guest at the “Taiko festival in Kumagaya dome”, performing in front of over 10,000 people. Naturally, Yuji is well acquainted with Tsugaru folk songs, and can proactively accompany folk songs from across Japan. Drawing from his experience as a Taiko drum player, he can also play the shamisen in a unique way.

Born in 1985, Matsuya is the son of kabuki actor Matsunosuke Onoe VI. In 1990 he had his first stage appearance as Tsuruchiyo in the kabuki play “Meiboku Sendaihagi”, taking the stage name “Matsuya Onoe II”. He won many awards for his various child roles.
In recent years he has been noticed as an actor for leading roles, landing several major roles. From 2015 he has appeared in “Shinshun Asakusa Kabuki”, which gathers the star actors who represent the next generation of kabuki. He has been acclaimed for his roles as Hayano Kampei in “The Treasury of Loyal Retainers (Acts 5 and 6)”, Kirare Yosarou in “Yowa Nasake Ukina no Yokogushi and Sato Tadanobu in “Yoshitsune and the Thousand Cherry Trees”. Since 2009 he has chaired the independent kabuki production “Idomu”, which has been held 9 times to date.

Aside from his work as a kabuki actor, Matsuya starred in Yukio Ninagawa’s 2012 rock musical “Boku no Yotsuya Kaidan” as Oiwa, in the 2015 musical “Elisabeth” as Luigi Lucheni, and in “Tanuki Goten” (2016) as Yoshiro Tanuki. In 2017 he drew attention after appearing in the NHK “Taiga” period drama “Naotora: The Lady Warlord” as Ujizane Imagawa. In 2018 he appeared in the main role in Gekidan☆Shinkansen’s “Metal Macbeth disc2”, and his first leading role in a drama in “Kantaro: The Sweet Tooth Salaryman”, raising his recognition as an actor. In December he is expected to appear as Yupa in a kabuki adaptation of “Nausicaä of the Valley of the Wind” at Shinbashi Enbujo Theatre.

Robert is a researcher of Japanese literature, director of the National Institute of Japanese Literature, and professor emeritus of Tokyo University. He is from New York City.
His specialty is Edo and Meiji era literature, particularly Chinese classics, the arts and thought from the mid-Edo-era. He is involved in various forms of media, appearing on radio and television as an MC and commentator, and writing book reviews and newspaper and magazine columns.

Keishi was born in 1966, in Morioka, Iwate Prefecture. He graduated from Keio University’s Faculty of Law. In 1990 he joined NHK, working in the drama program production division at NHK’s Akita office. From 1997 he spent 2 years in Hollywood, Los Angeles, learning about screenwriting and video production. After returning to Japan, he produced TV serials including “Churasan”, “Fukaku Mogure”, “The Vulture” (Hagetaka), “Jiro Shirasu: Man of Honor”, and the “Taiga” period drama “Ryomaden”. In 2009 he directed the film version of “The Vulture” (Hagetaka), winning the Prix Italia and other awards. In 2011 he left NHK to establish his own office, Keishi Otomo Office Inc. The same year, he became the first Japanese director to sign a multiple-production contract with Warner Brothers. His films “Rurouni Kenshin” (2012) and “Rurouni Kenshin: Kyoto Inferno” (2014) were box-office hits. He went on to handle several other popular works, including “Platina Data” (2013), “The Top Secret: Murder in Mind” (2016), “Museum” (2016), “March Comes in Like a Lion” (2017) and “Million Dollar Man” (2018). In 2017 he established production company Office Oplus Inc., and is working on projects domestically and internationally. His upcoming films “Eiri” and “Rurouni Kenshin: Final Chapter” are expected to be released on February 14 2020 and the summer of 2020 respectively.

Leading up to 2020, when Tokyo will host the Summer Olympics and Paralympics, Tokyo Metropolitan Government is aiming to build excitement in Tokyo through holding various cultural programs. Tokyo Tokyo FESTIVAL is an initiative to convey Tokyo’s appeal as a city of arts and culture.

This project is part of the “Action Plan for 2020.”
Smart City: The promotion of arts and culture