Short Shorts Film Festival & Asia 2020 (SSFF & ASIA 2020), which is cohosted by the Tokyo Metropolitan Government and is one of Asia’s largest international short film festivals, will be held from September 16 (Wednesday) to 27 (Sunday), with measures being taken to prevent the spread of the novel coronavirus.

Winners of the excellence prize in the Asia International, Japan, and Cinematic Tokyo (for short films that visualize Tokyo’s diverse charms) official competitions will receive a prize from the Governor of Tokyo. 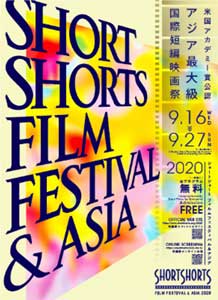 Join in online from August 1!

Around 200 films will be screened, carefully chosen from the many submissions received from 112 different countries

Submissions that represented “Tokyo” were accepted from within Japan and abroad. The best of the 236 entries will be shown for free.

2 The Cinema Sports Project (in collaboration with the TMG)

“This is Tokyo” is a short film that captures the energy and exciting atmosphere in Tokyo, which has recently hosted, and will continue to host, major international sporting events.
It will have its worldwide premiere at SSAF & ASIA 2020, and is sure to make you want to visit Tokyo, where it was filmed. 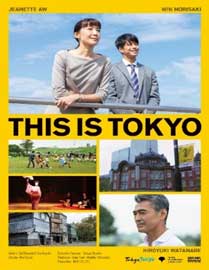 It is the fall of 2019, and the streets of Tokyo are brimming with a lively energy as Tokyo hosts the Rugby World Cup. Kento, who has been selected as a team member in finalizing partnerships with a Singaporean company, is entrusted with a task of attending President Kwang who has come to Tokyo, but is puzzled by her cold attitude. As they go sightseeing in Tokyo together, changes in their hearts are seen a bit by bit...

The aim of the project is to produce and promote a short film which draws on the major international sporting events that are taking place in Tokyo while highlighting Tokyo’s diverse charms domestically and internationally. The short film will be premiered at SSFF & ASIA, as well as other festivals inside and outside of Japan. It will also be available to view online.

How to apply for tickets

Tickets can be reserved from 2:00 p.m. on August 15 via the official website. If there are still seats available on the day, tickets will also be available at the venue.

※Paid events – During the festival period, some paid events will be hosted. Please check the official website for further information.

Fujii Michihito, the director of “The Journalist” and “Day and Night", will lead this seminar. Having directed many short films, he will reflect on his career and discuss topics such as his distinctive style, with which he has made a number of major films without losing a certain “indie” sensibility, as well as his upcoming works. 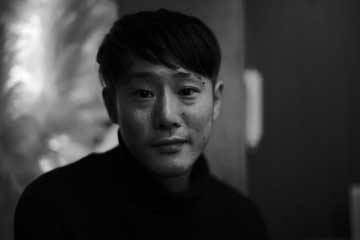 ※The contents of the seminar may change slightly on the day.

In 1999, a film festival in which actor Tetsuya Bessho introduced Hollywood short films to Japanese audiences was established as the Short Shorts Film Festival.
In 2004, the festival was officially accredited by the United States Academy Awards®. Through this accreditation, the Grand Prix winner is eligible to be nominated for an Academy Award.
The same year, the Short Shorts Film Festival Asia, cosponsored by the Tokyo Metropolitan Government, was established as a showcase for Asian film culture based in Tokyo.
From 2006 onward, the two festivals have been held at the same time as the Short Shorts Film Festival & Asia.
From 2019, the four winners of the three official competition categories (Japan, Asia International, and International) and the Non-fiction category are eligible to be nominated for the Short Film categories of the Academy Awards.
Furthermore, the festival was expanded in 2019 to allow people all over the country to enjoy it by creating an online space where selected films can be watched online, followed in 2020 by broadcasting a seminar online.

Measures being taken to prevent the spread of COVID-19

Measures are being taken to prevent the spread of COVID-19 and other diseases at this film festival. Filmgoers are asked for their cooperation in wearing a mask, practicing cough etiquette and having their body temperature measured. In addition, at the festival a space will be kept between seats, staff will wear masks, disinfectant will be made available, doorknobs and seats will be disinfected, and indoor spaces will be regularly ventilated. Please check the official website for further information on other disease control measures being taken.