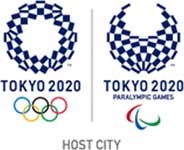 On 4 January 2021, the Tokyo Metropolitan Government and three neighboring prefectures have announced emergency measures to help prevent the spread of COVID-19. As part of these measures, the Tokyo Metropolitan Government (TMG) has decided to postpone the exhibition of the Olympic and Paralympic Games Tokyo 2020 torches announced on 23 October 2020 in some municipalities to reduce the flow of people and the further spread of COVID-19.

*See the appendix(PDF:57KB) for more details about the exhibition schedule.
*If a state of emergency is declared by the national government, based on the Basic Policies for Novel Coronavirus Disease Control, other exhibitions may also be postponed. In the event of postponements, schedule changes will be announced on the official website of the Bureau of Olympic and Paralympic Games Tokyo 2020 Preparation and by other means.

Rescheduled exhibitions will be announced on the above-mentioned official website, SNS and on other platforms.