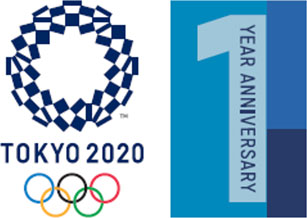 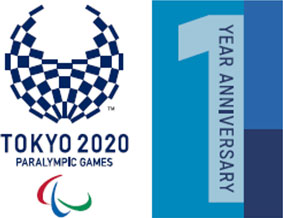 These emblems will be available in the five colors (indigo blue, red, cherry blossom, wisteria, and pine) used at competition venues and city dressings during the Tokyo 2020 Games held last summer.