Tokyo Metropolis is a metropolitan prefecture comprising administrative entities of special wards and municipalities. The “central” area is divided into 23 special wards (ku in Japanese), and the Tama area is made up of 26 cities (shi), 3 towns (machi), and 1 village (mura). The 23 special-ward area and the Tama area together form a long, narrow stretch of land, running about 90 kilometers east to west and 25 kilometers north to south. The Izu Islands and the Ogasawara Islands, two island groups in the Pacific Ocean, are also administratively part of Tokyo, despite being geographically separated from the metropolis. The islands have between them two towns and seven villages. In addition, islands comprising the most southern and most eastern lands of Japan also fall under the administrative district of Ogasawara-mura; these are, respectively, the Okinotorishima Islands, which have an exclusive economic zone of about 400,000 square kilometers, and Minamitorishima Island.

The overall population of Tokyo is about 14.03 million (as of October 1, 2021), and the area is about 2,194 square kilometers. The climate is generally mild. 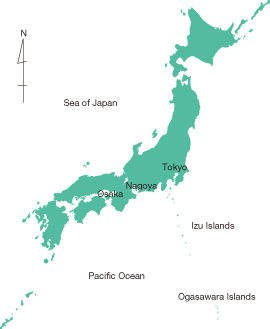 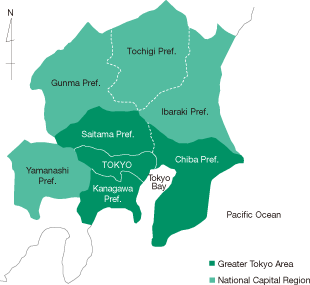 The 23 special-ward area is the political, economic, and cultural hub of Japan. Government offices, corporations, and commercial facilities are concentrated in the heart of Tokyo, and the transportation network is well developed. The bay area is a transportation and logistics hub, with regional transportation infrastructure that includes a major international airport and port. Cultural facilities such as museums and art galleries, as well as sightseeing and entertainment facilities, are located in the 23 special-ward area, making it an area bustling with large numbers of visitors.

This area has a beautiful natural environment including lakes, rivers, and green areas, and a good living environment. Moreover, strong industrial capability and rich human resources made available through the concentration of universities, high-tech industries and research institutes, powerfully support Tokyo's dynamism.

The Tama area is also a region with much potential, holding an important position within not only Tokyo Metropolis, but the entire Greater Tokyo Area as well.

This region has a rich natural environment abundant with marine resources, and the islands also play an important role for our country in securing a vast exclusive economic zone. They have a diverse and remarkable natural environment, as well as a unique historical and cultural background, and are precious assets providing valuable “healing” spaces for visitors. On the other hand, the islands face challenges such as the need to develop the marine and air transportation network and health care delivery system to improve living conditions; a declining and aging population; and a declining and aging population; and sluggish agriculture, fisheries, and tourism industries. 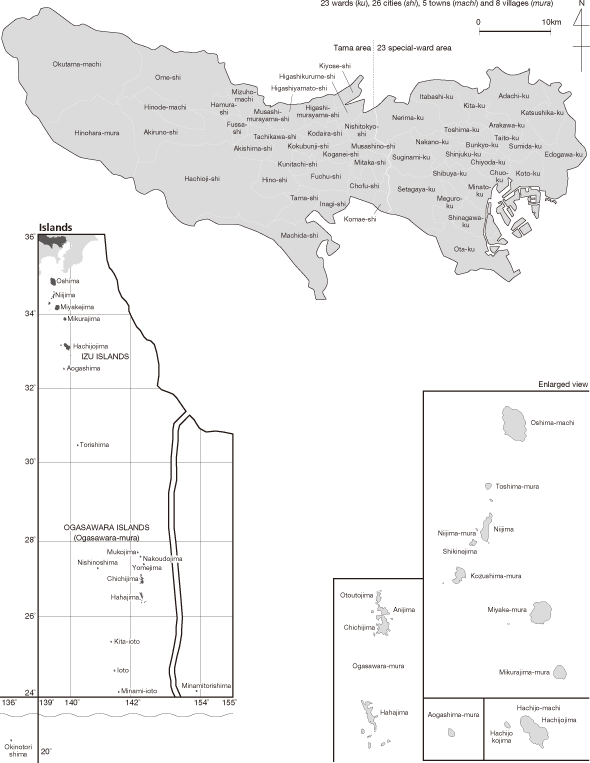